I had a wonderfully timely surprise visit from my totem creature this week! I was returning my overdue (blush) library books to the Sherwood Branch Library location in Regina, Sask and was surprised to see my Tardigrade on display in The Dunlop Gallery Sherwood Branch. It is a satellite branch location of the main gallery located in the Regina Public Library central location in downtown Regina. The Sherwood branch location is on Rochdale Blvd, Regina just west of the YMCA. As you enter the gallery you may recall times as a child when you created your own safe refuge under blankets draped over chairs. Your own secret space to hide. Walking among and in between the sheers depicting all manner of natural elements, birds, animals and flora; each banner caresses you, bids you onward. Glimpses of beings farther in yet to be discovered are partly revealed by the first translucent beings. It is a reminder as Martha says, that no one of us, man nor beast walks this earth alone unaffected by the others. If you have children they will love to visit this exhibit too! Be sure to stop by the gallery before June 3rd, 2015 during library hours and if you have time sit a spell with the beings and read each artists’ personal stories of connection available in binders in the gallery! 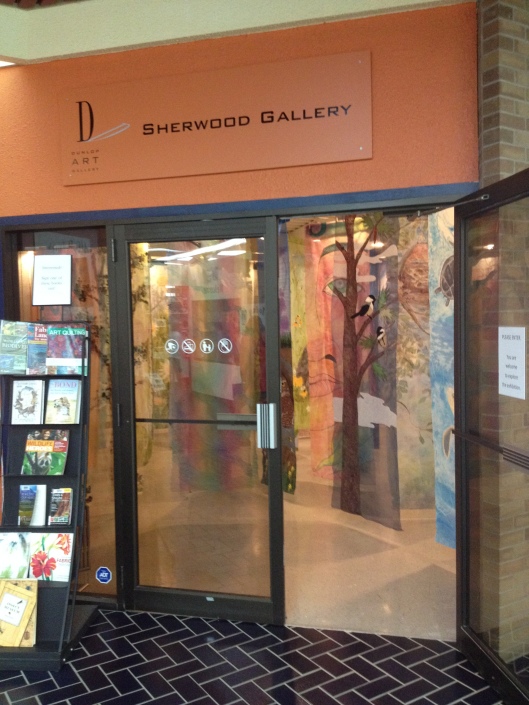 “All Beings Confluence” open until June 3, 2015 at the Sherwood Library Branch of the Regina Dunlop Gallery.

My work; a sheer 6′ long banner painted with wheatpaste acrylic paint with stitching joins a host of other creatures on display at the gallery as part of a collaborative exhibit by many Sask. artists lead by Martha Cole of Disley, Sask. There are some 200 beings who have been inspired by Martha and her workshops. I was fortunate to take part in one last spring 2014. The workshop was abuzz for 3 days with young and old directed by Martha. Each was directed to choose a creature that they felt a kinship to and to come prepared with a story as to why we selected this particular being. I had recently discovered the tardigrade while watching a science series on Netflix. The tiny creature appealed to me because of its comical appearance. It looked like a tiny pig snout-ted bear with 8 legs and tiny clawed toes. Its smiley face belies its sturdy resilience as the tardigrade has been able to survive the severe conditions of great depths in the ocean and even outer space. Tardigrades were recently discovered existing in the vacuum of space outside the international space station! To me the tardigrade was a reminder that I am called to do more than survive. Although I have found myself capable and strong enough to survive the particular difficulties life has thrown my way; I am called to thrive and and enjoy life with a playful heart. To much surviving and adapting without playful creativity and openness can be as harmful a thing as succumbing to the trails and sorrows of life. Yes I am strong enough by God’s grace but I choose to not let that strength harden me.  Thank you Martha for the wonderful time of inspirational, play filled creativity! What animal or being would you choose and why? I am sure there is a wonderful story behind your choice.

Martha Cole during a recent workshop I attended. 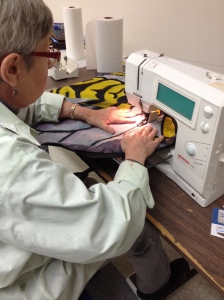 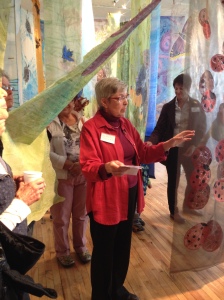 Martha Cole speaking at the closing reception of All Beings Confluence during its exhibit at the Last Mountain lake Cultural Center in Regina Beach, Sask.

This site uses Akismet to reduce spam. Learn how your comment data is processed.